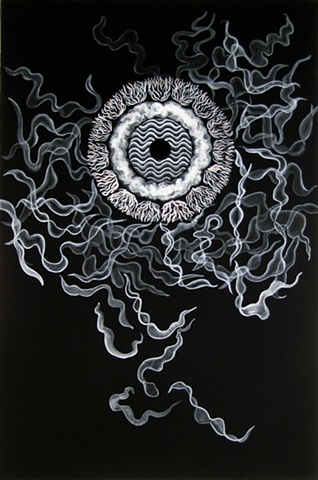 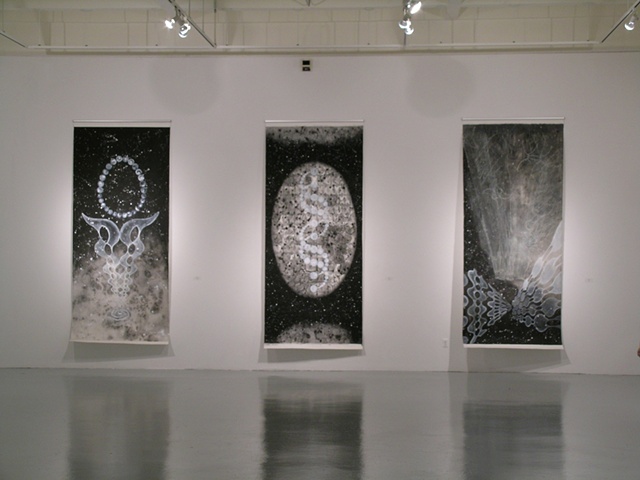 "Black White (&Gray)",
The Gallery at the University of Texas
at Arlington, Texas. 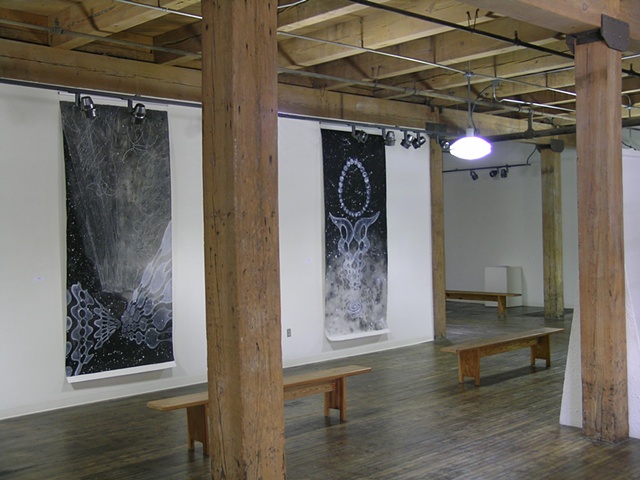 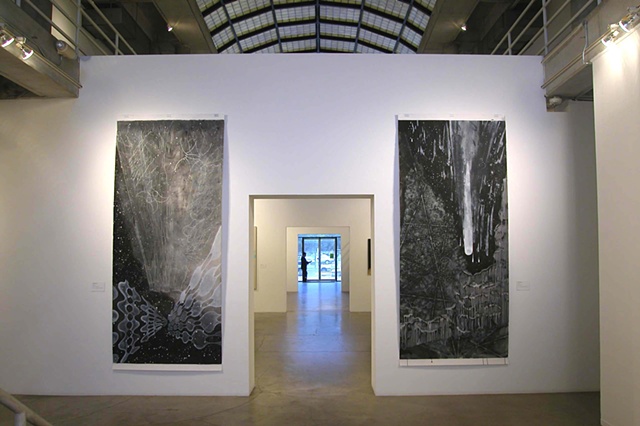 "Faculty Exhibition*,
The Glassell School of Art,
The Museum of Fine Arts, Houston. 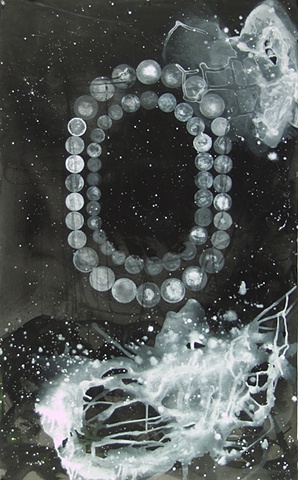 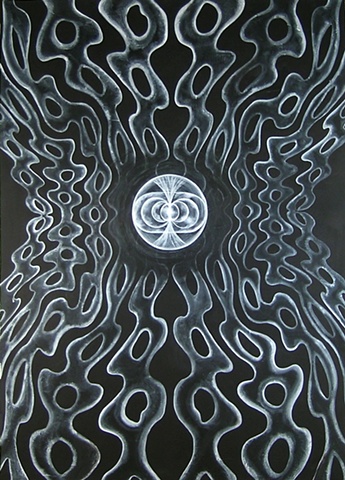 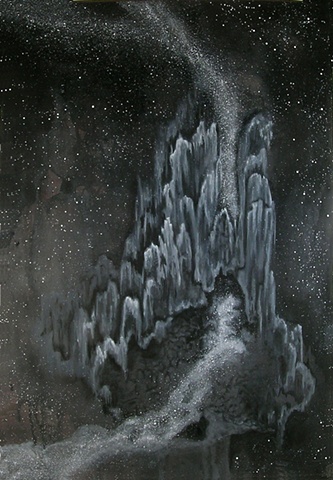 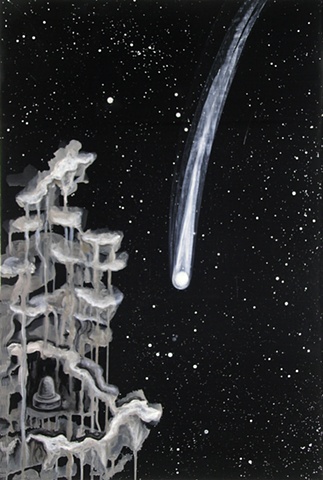 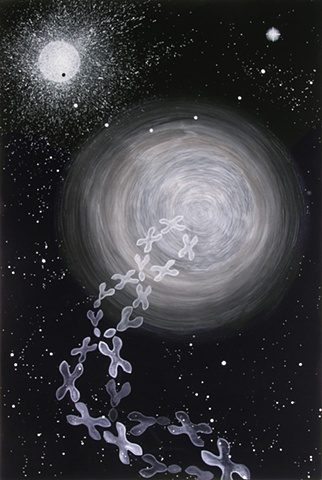 "Venus Occultation"
Egg Tempera on canvas on board
24” x 16” 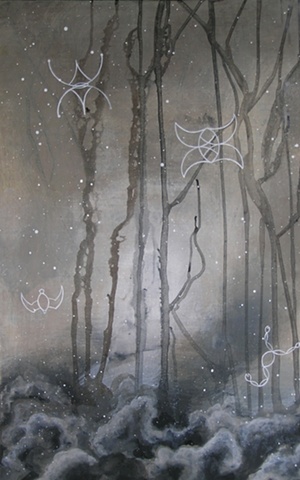 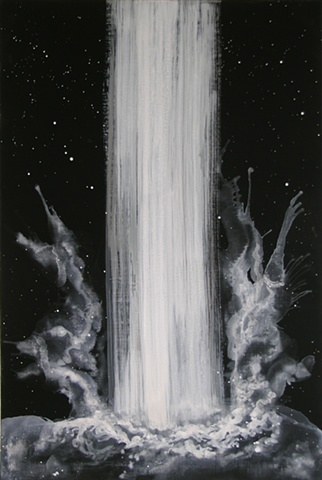 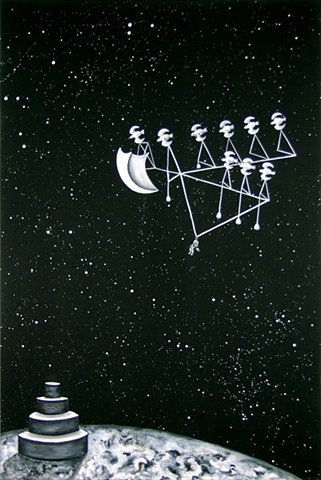 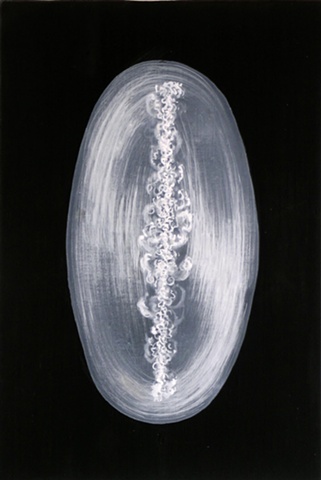 My work underlines a cosmological model of the universe that proposes Pure Vibration as the true nature of the manifested world. The world, the universe is not a machine, but an organism coming out of a center which is everywhere.

Empty Space, the True Void in between atoms or planets is a plenum of activity.

Energy doesn’t exist in space, energy is space. Energy is space that is distorted, deviated, dualized or polarized from its original state. Energy is a propagating pattern of spatial content.

The invisible coherence of the underlying patterns and waves establish a multidimensional connection where everything communicated with everything else.

Meditation and Yoga and all “energy moving” practices alter your magnetic field, your pulsating brain waves as well as inner core cellular metabolic exchanges, all of which allow you to consciously participating in the cosmic dance.

In addition, the depth of the night sky offers the intriguing if not disquieting proposition of looking at the planet Earth and humanity from the galactic center, redirecting the gaze from the periphery toward the familiar territory of our self-centered geo-centric contemporary consciousness.