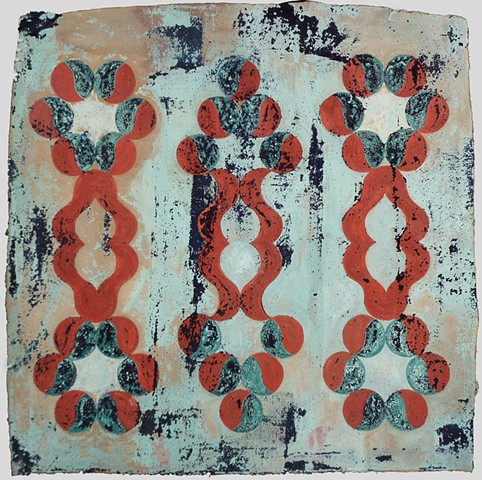 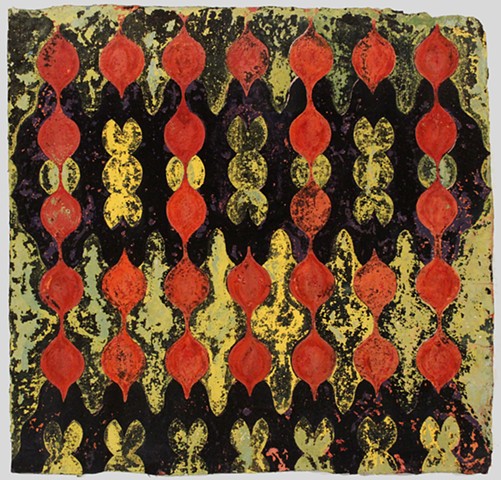 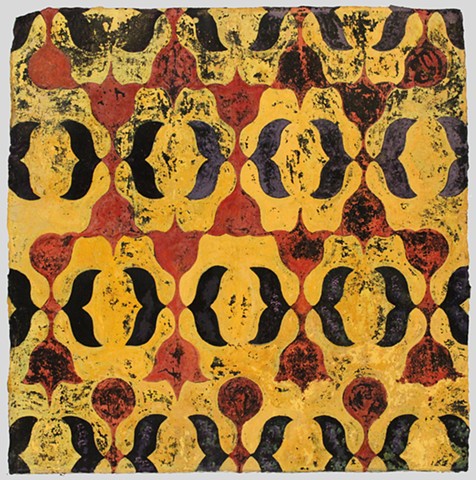 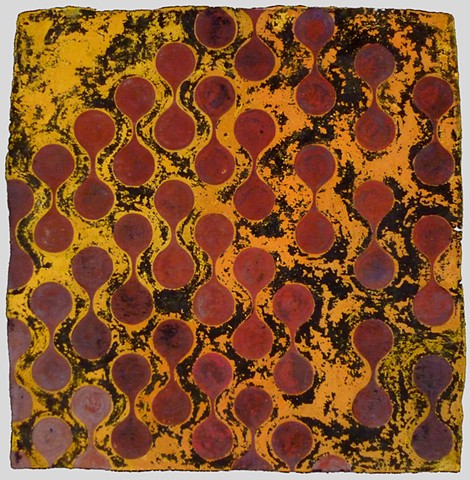 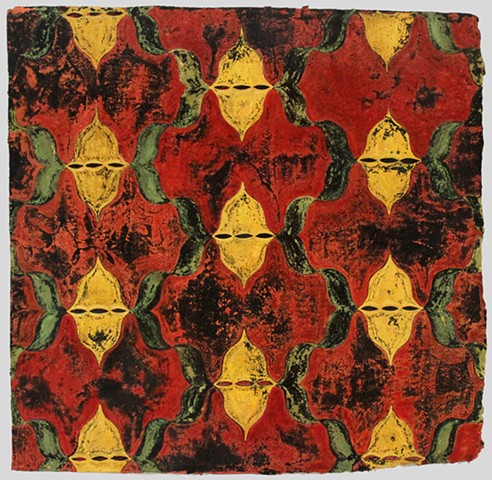 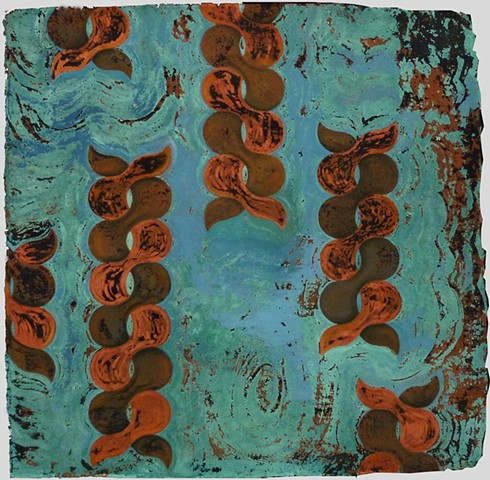 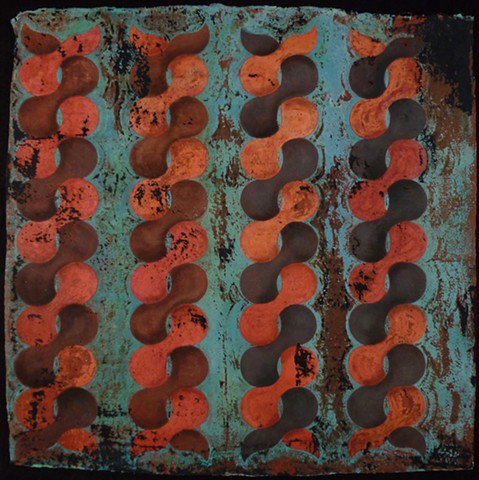 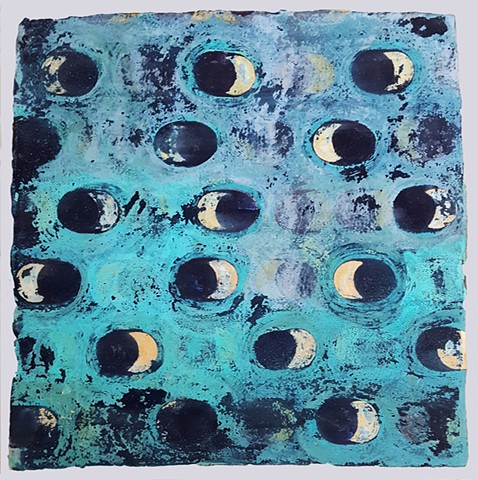 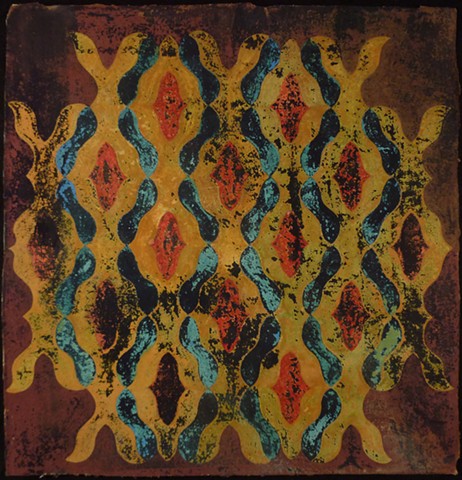 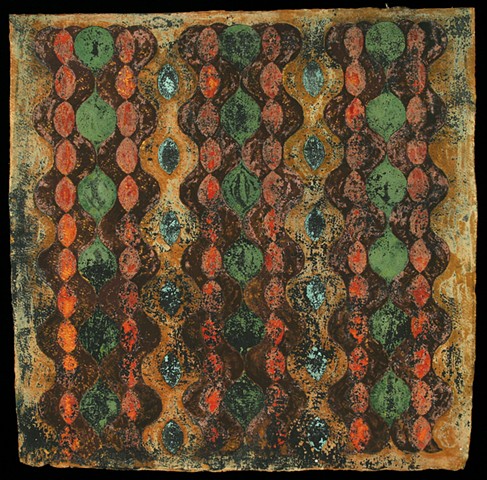 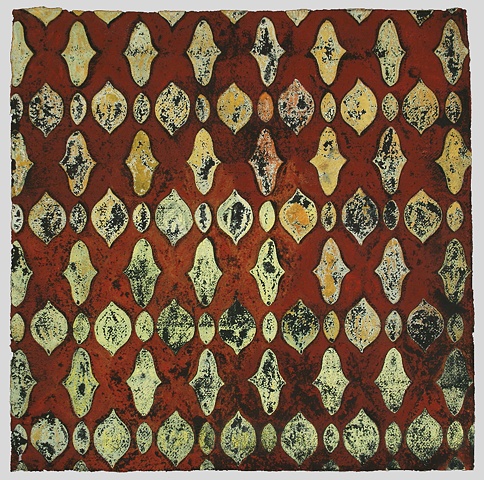 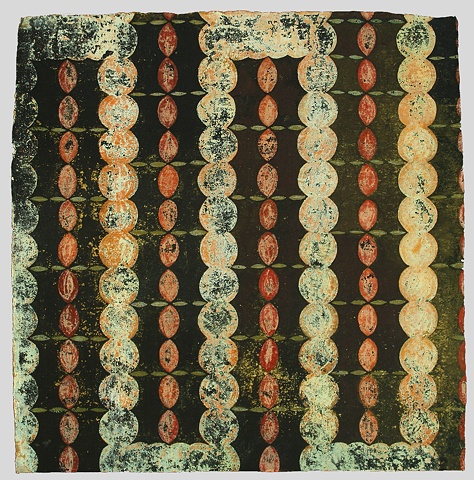 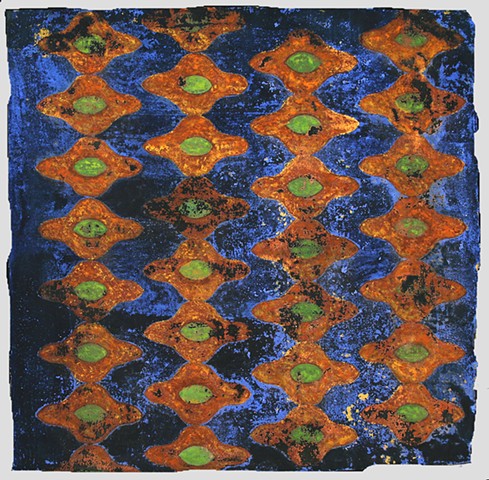 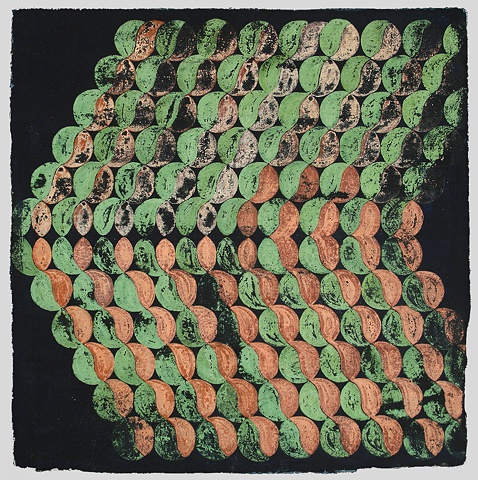 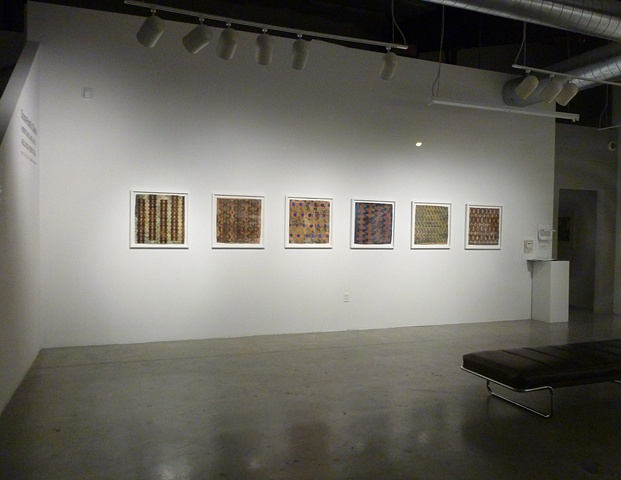 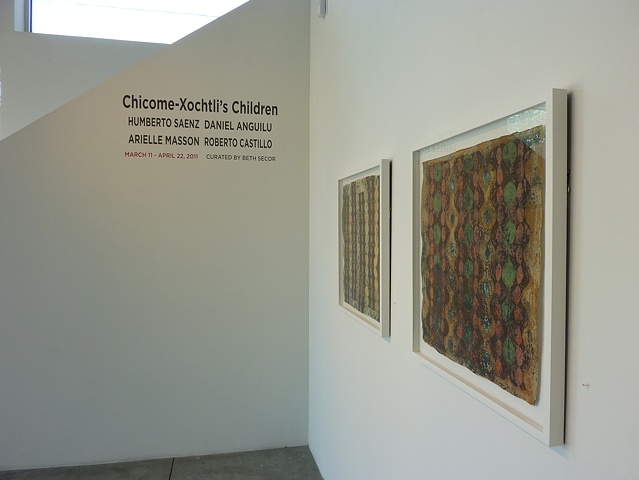 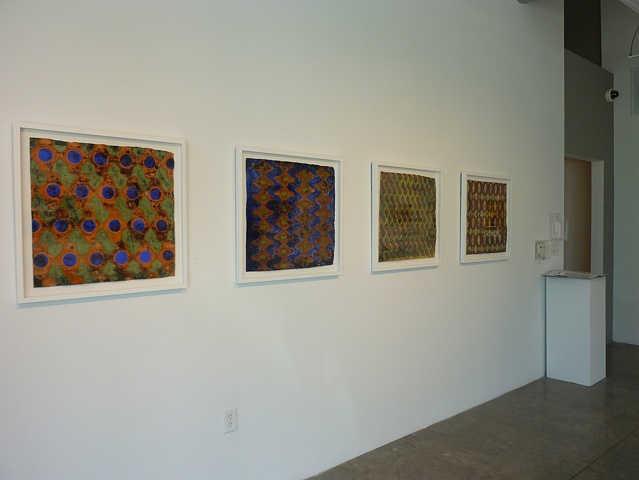 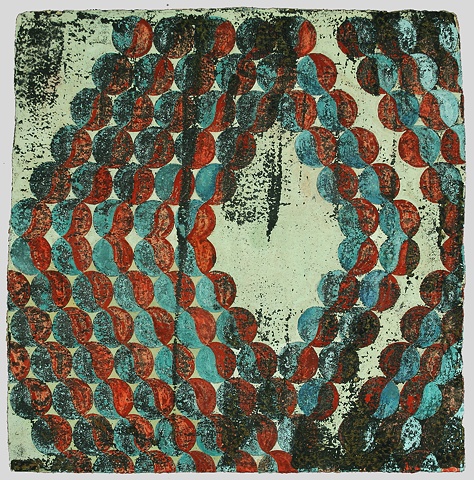 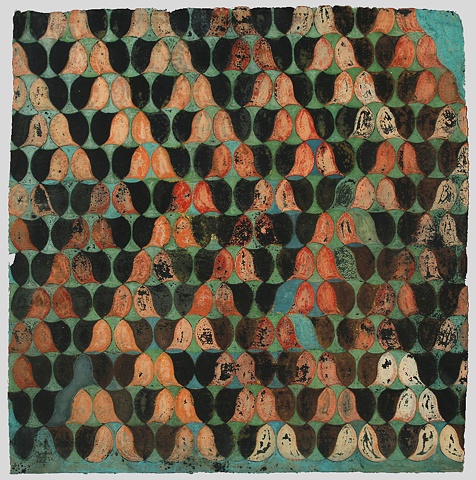 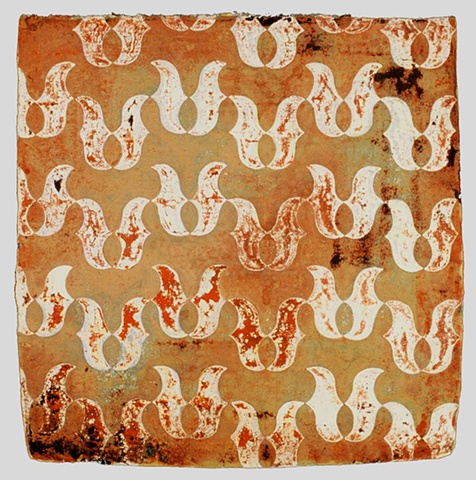 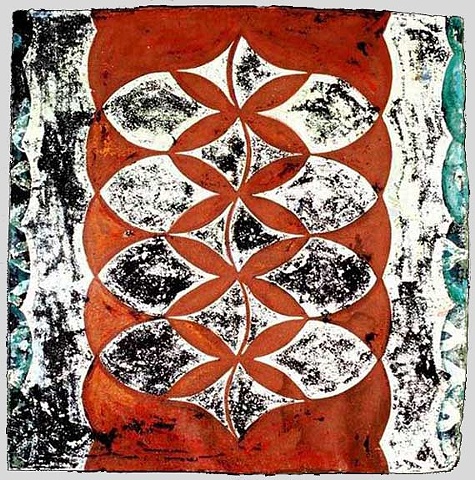 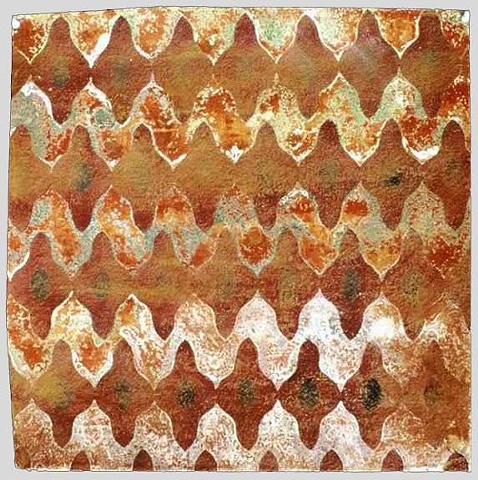 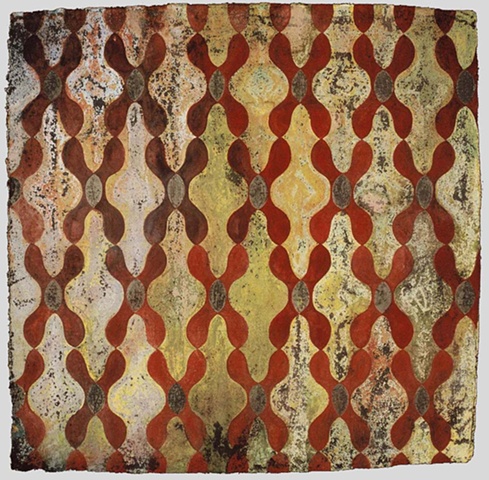 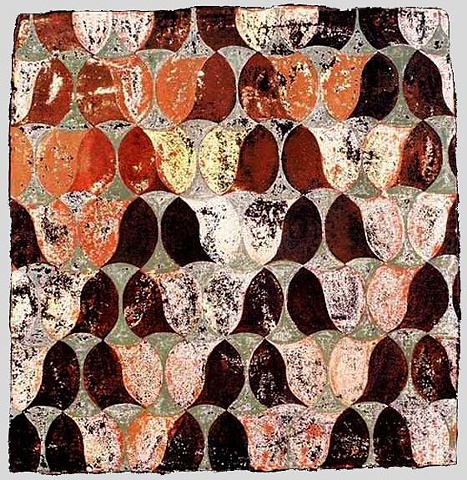 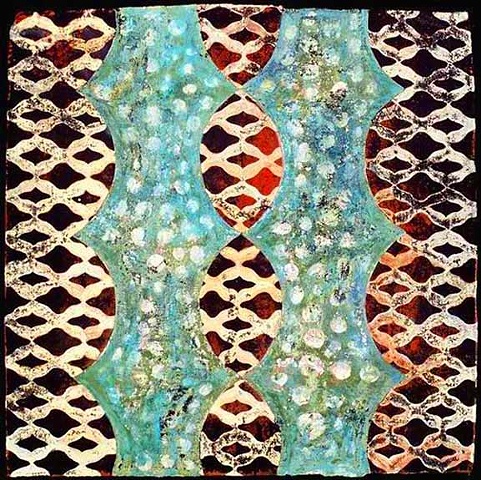 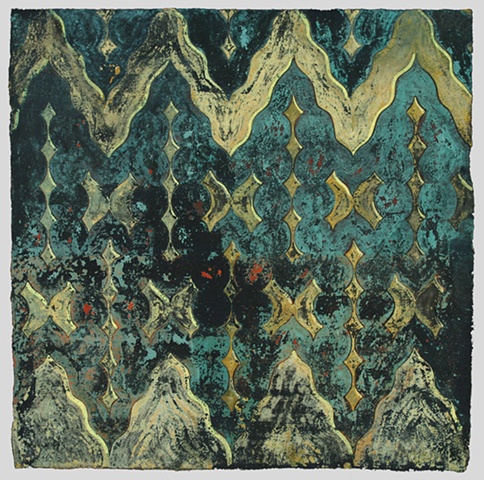 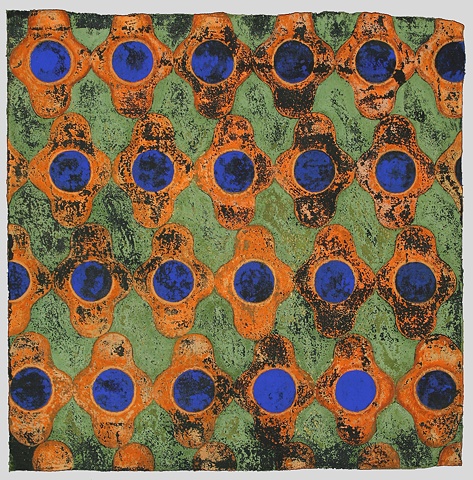 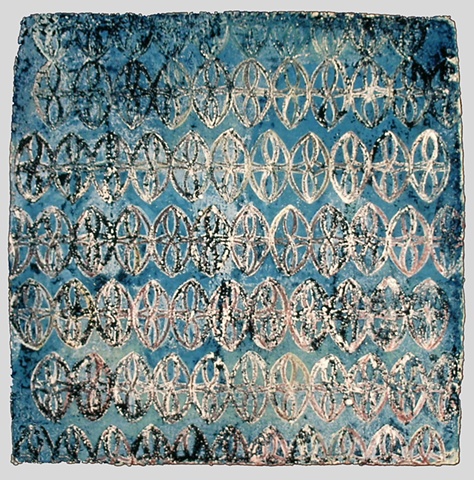 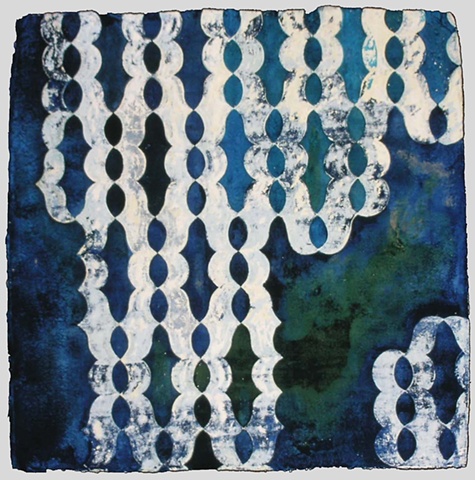 I started working on the “Domino Series” about fifteen years ago. This is an ongoing project that I carry in parallel with other projects. The series stems from two different interests of mine, namely Geometry and Ornamentation. Since 1993, I have used as a point of departure the single geometric matrix called the “Vesica Piscis” or The Vessel of the Fish, which could be described as the overlapping of two circles, creating an almond shape in between, the Mandorla. This single module, acting like a seed, generates a lattice based on the circle, which has allowed me to create the most varied patterns seen in my paintings.

On the other hand, my dual cultural background, Mexican and French, has always made me acutely aware of how cultural identities are built upon many cultural layers of different origin. I have always been fascinated by the traces of cultural memories left on the walls of cities, of specific architectural buildings, in frescoes and other mural paintings. The “Domino Series” intends to reflect this sort of architectural and cultural palimpsest, where inscriptions on the walls fade away and are covered with a new layer of fresh new colors. However, only one thing remains the same: the long lasting human impulse to use color, patterns and ornamentation regardless of any cultural specificity.